WASHINGTON (Reuters) – Two U.S. senators from both parties are close to finalizing a bipartisan deal to shore up the health insurance exchanges created under Obamacare, the chamber’s top Democrat said on Thursday.

The move, which Senate Democratic Leader Chuck Schumer said was “on the verge” of completion, would stabilize the market for individuals who buy their own insurance plans on the federal or state-based exchanges.

The potential agreement comes after Republicans have repeatedly failed to carry out their years-long pledge to repeal and replace the 2010 Affordable Act, former Democratic President Barack Obama’s signature healthcare overhaul.

Schumer said Senate Health, Education, Labor and Pension Committee Chairman Lamar Alexander, a Republican, and ranking Democrat Patty Murray had resurrected a bipartisan approach, which had been cast aside amid the latest near-vote on a repeal bill.

Alexander and Murray had been working to protect the government payments made to insurers to help reduce medical expenses for low-income Americans enrolled in Obamacare. Alexander also wanted states to have more flexibility to design insurance plans under the program.

“They both inform me that they’re on the verge of an agreement, a bipartisan healthcare agreement to stabilize markets and lower premiums,” Schumer said on the Senate floor on Thursday.

The pact could buoy health insurance companies, which came out forcefully against the Republican repeal effort and have faced uncertainty since the November election of Republican President Donald Trump, who vowed to sink the law.

While the majority of insured Americans receive coverage through their employers or government programs such as Medicare and Medicaid, more than 10 million people have individual plans through the online exchanges, and about 11 million are expected to sign up next year.

Most of these consumers receive income-based tax credits and subsidies to reduce costs. Insurers have filed their premium rates for 2018, many of which are expected to rise at least 20 percent because of uncertainty that the government will continue paying some of those subsidies.

Despite those worries, insurers on Wednesday signed contracts with the government that will result in every U.S. county having at least one company selling Obamacare plans.

Trump has signaled that his administration would take other action to unwind the law, and on Wednesday said he would sign an order next week allowing people to buy insurance coverage across U.S. state lines.

Republican Senator Rand Paul, who has been pushing for the move, says Trump can do this by legalizing nationwide health associations that individuals could then join. 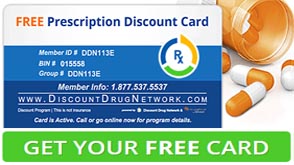 Need Help with Payroll?
Click for a Payroll Quote